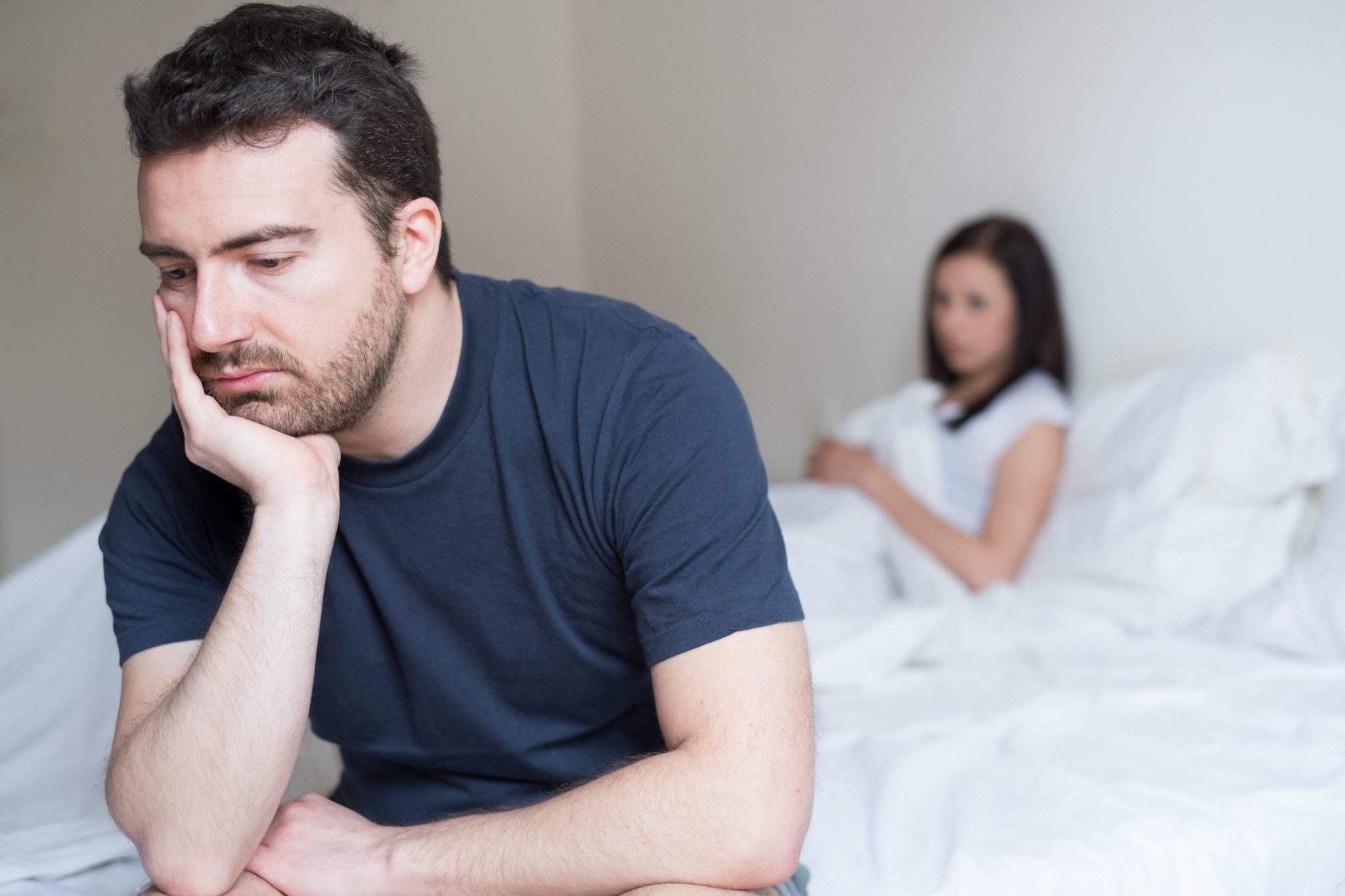 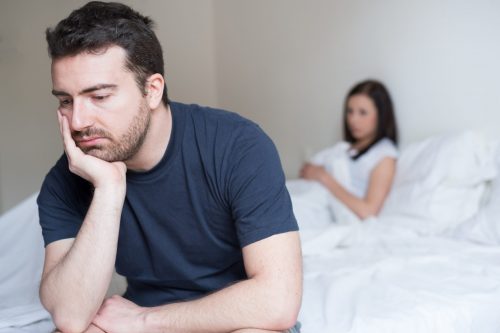 Until about three decades ago, erectile dysfunction was a taboo topic. Men impacted by the condition, as well as their partners, suffered in silence because it was unacceptable to discuss sexual dysfunction or sexual health.

Since then, it has emerged that ED is often a side effect of many well-known primary medical conditions, such as heart disease, high blood pressure, diabetes, and prostate cancer. Historically, older men have been known to suffer from erectile dysfunction due to a higher risk of these health conditions. However, new research indicates that ED in young men is becoming increasingly common.

In fact, according to a study published in the Journal of Sexual Medicine, one out of four men with newly diagnosed erectile dysfunction is a young man. The study found that among the 439 study participants with new-onset ED, 26 percent were aged 40 or under.

What is causing the rising incidence of erectile dysfunction in young men? Is it a sedentary lifestyle and increasing obesity? Are habits such as alcohol use, cigarette smoking, and other addictions causing young men to develop sexual health problems? And is the condition treatable and reversible? Let’s find out.

Rise in obesity and poor diet

One of the reasons younger men are being increasingly diagnosed with erectile dysfunction is the rising rate of obesity in America. In an article titled “American Adults Just Keep Getting Fatter,” the New York Times reported an almost 23 percent increase in fast food sales from 2012 and 2017. NBC News reported that America is reeling under an obesity epidemic with more than 70 percent of Americans either overweight or obese.

Obesity and poor diet may be causes of erectile dysfunction in the 20s. A poor diet can lead to health issues such as clogged arteries and diabetes which are known to be associated with erectile dysfunction. Obesity leads to many complications, such as high blood pressure, heart disease, and atherosclerosis (plaque deposits on the inner walls of blood vessels), which are all linked to ED.

The interdependence of obesity and diabetes is well known, and more than half the men with diabetes have erectile dysfunction. Obesity also predisposes to hypertension, and according to a study by the American Geriatrics Society, nearly half the men between ages 40 and 79 with high blood pressure have ED.

In addition to the links with obesity and hypertension, recent research has shown that obesity is an independent risk factor for erectile dysfunction. In fact, obesity is now believed to be a considerably greater cause of ED than aging which was traditionally thought to be the predominant causative factor for erectile problems in men. Approximately 8 out of 10 men suffering from erectile disorders have an unhealthy BMI (body mass index).

A BMI above 30 kg/m2 is defined as obese and is associated with 2-3 times greater risk of sexual dysfunction. On the other hand, healthy body weight and a balanced diet with plenty of fresh fruits and vegetables can improve blood flow throughout the body, including the penis. One study found that interventions to lower body weight by 10 percent or more through a reduced caloric intake and increased physical activity led to an improvement in sexual function in about one-third of obese men with erectile dysfunction.

Compared to their parents and grandparents, young Americans are spending increasing amounts of time in environments that involve limited physical activity and prolonged sitting. Technology has helped re-engineer our homes, schools, and workplaces to minimize movement along with a dramatic increase in screen time. This decrease in physical activity has resulted in a detrimental effect on human health, including erectile dysfunction in young men. Studies have shown that men who spend 5 hours or more using computer or TV screens are three times more likely to develop ED compared to men who spend one hour or less performing these activities.

A sedentary lifestyle leads to weight gain, which is a proven contributor to ED. Lack of exercise also causes clogged arteries, which can prevent erection-producing blood from entering the penis. Just 30 minutes of moderate exercise every day can do wonders for the body, leading to better overall health as well as improved sexual function. Running, swimming, and biking are known to increase nitric oxide production, a chemical that widens the arteries and allows free flow of blood into the penis. 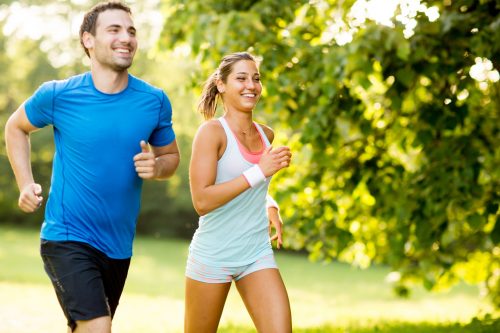 The concept that physical activity enhances sexual function and overall well-being is well accepted. However, it is unclear exactly how much exercise is necessary to obtain a clinical improvement in erectile dysfunction. The recommendations for men with ED are to follow the physical activity guidelines for a reduction in high blood pressure and high cholesterol, which is 3-4 sessions of moderate to intense physical exercise lasting about 40 minutes per session. This level of physical activity can help increase energy levels, reduce stress, and improve blood circulation, all of which are proven to directly benefit ED.

Abuse of alcohol and nicotine

Some of the changes young men with sexual dysfunction can consider making are quitting smoking and drinking alcohol only in moderation. The link between alcohol and erectile dysfunction has been extensively studied. Research in animal models indicates that alcohol leads to an increase in a chemical called endothelin-1, which causes constriction of the corpora cavernosa and reduced erectile response. The dehydration caused by alcohol leads to a reduction in blood volume, and prolonged abuse can lead to irreversible nerve damage, both of which can affect erectile function. In fact, sexual dysfunction is common among men who are alcohol dependent.

Consumption of a large amount of alcohol is associated with a higher rate of ED. Studies have revealed that heavy alcohol drinkers and teetotalers are at increased risk compared to moderate drinkers of 1-7 drinks per week). It would therefore appear that the amount of alcohol consumed is a major predictor of alcohol-related erectile dysfunction. Heavy drinking significantly increases the risk of experiencing erectile problems. It is worth noting that ED can occur in alcohol abusers even during periods of sobriety.

There are strong parallels and shared risk factors between nicotine use and erectile dysfunction. Scientists have evidence that chemicals in tobacco smoke affect penile erections by impairing smooth muscle relaxation. It is estimated that smoking increases the risk of moderate to severe erectile dysfunction by two-fold. Interestingly, in a specific study where all the participants were under the age of 40, smoking was found to be a significant risk factor for ED in young men.

The effect of smoking on erectile function is dose-dependent. Heavy smokers (more than 20 cigarettes/day) are more than twice as likely to develop severe ED compared to those who smoke fewer cigarettes. This would indicate that for some smokers a gradual reduction in the number of cigarettes could lead to a noticeable improvement in sexual performance and erection quality. Complete cessation of tobacco use has a positive effect on erections. There is an improvement in penile blood flow within 24-36 hours of stopping. However, former smokers continue to have an increased risk of erectile disorders compared to men who have never smoked. Nonetheless, there is mounting evidence that if young men stop smoking prior to middle age (50 years old) and do not restart, the damage is reversible.

In spite of the conveniences of modern life, human beings continue to live stressful lives. Fast-paced, competitive lifestyles predispose young men to a number of stressors, including relationship problems, issues at the workplace, and financial burdens. Any type of psychological stress can impact a man’s sexual health and the ability to achieve and/or maintain erections and engage in satisfying sex. In addition, stress can lead to excessive alcohol consumption, tobacco use, and lack of motivation to exercise, all of which are contributing factors to erectile dysfunction in young men. High levels of stress predispose young men to other health problems, such as high blood pressure, heart disease, and high cholesterol, which are also known causes of ED.

The good news is that stress-induced erectile dysfunction is treatable and reversible. Sex therapy, sex education, couples counseling, and other forms of psychological intervention can provide significant benefit in restoring erectile function. Studies show that in young men with erectile dysfunction, a combination of oral ED medication and stress management programs produce superior results compared to drug therapy alone. Alternative therapies such as yoga, meditation, and relaxation techniques can help manage stress and anxiety and provide additional benefits alongside physician-prescribed treatments such as vacuum erection devices or prescription drugs.

The expanding definition of erectile dysfunction has big implications for drug manufacturers. Viagra is increasingly being viewed as a lifestyle drug and enhancement tool for sexual performance. Young men are some of the largest consumers of oral ED medications. However, erectile dysfunction in young men has numerous causes, some of which can be treated by modifying lifestyle and habits.