We all know exercise has numerous health benefits.  If you want to feel better, improve your level of energy, or prevent chronic disease, exercise is almost universally prescribed by members of the medical community.

Our bodies flourish as we engage in robust physical activity.  Heart health, stamina, weight control, and even mental clarity can be directly elevated with regular exercise.  Metabolic and cardiac efficiency are quantifiably improved with repetitive physical training.

One of the primary enhancements to the mind and body during exercise is contained within our blood vessels. Our supply of fluids, oxygen, and nutrients increase in our circulatory system during exercise. Circulation, or the flow of blood, delivers oxygen throughout the body. Exercise is a proven way to boost circulation, blood flow and promote oxygenation of muscles, organs and tissues.

How to increase blood flow to the penis 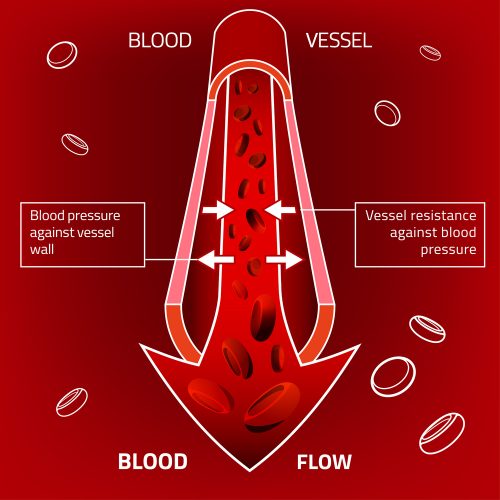 Exercise of the chest, back and arms, legs, paired with an elevated heart rate are synonymous with increased circulation and good blood flow. But is this true for all organs in the body? Interestingly it is not. There is one male organ that is different, the penis.

The penis does not receive enhanced blood flow from traditional forms of physical activity and exercise. A very minimal amount of blood flow exists in a flaccid or non-erect penis, which is the natural state of the penis. The presence of a minimal amount of oxygen in penile tissues is normal when the penis is not erect.  The medical term for this is hypoxia.  Hypoxia is defined as a deficiency in the amount of oxygen reaching the tissues.

How does our penis stay healthy in a state which is normally and naturally flaccid and with little oxygen? The tissues in the penis require oxygenation just like other organs and tissues in the body. If not through traditional means of physical activity or exercise, then how?

The answer to this question is straight forward, erections.  Penis health requires reoccurring erections to increase blood flow that brings oxygen to otherwise flaccid penile tissues.  We naturally think of erections and sexual intercourse going together.

Does this mean the only way to exercise or bring oxygen to tissues in the penis is sexual intercourse?  Furthermore, if daily exercise is necessary, would that mean daily sexual intercourse is the key to penile health? Truly this would not be realistic. So, nature has provided a solution. 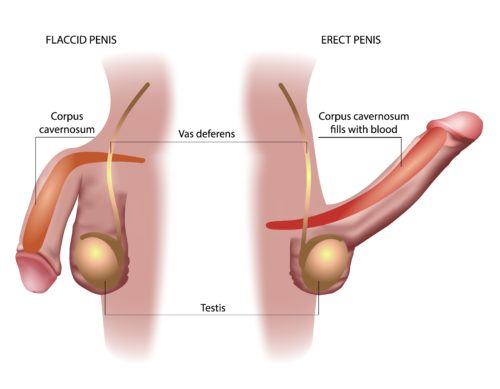 The most effective natural male enhancement is not an herb or supplement, it is spontaneous erections that occur every night while healthy adult men sleep. The phase of sleep in which this happens is known as R.E.M sleep, during at which time 2-6 erections occur nightly.

The male body has developed a natural way to exercise itself by delivering oxygen to penile tissues that are normally non-erect or flaccid. Furthermore, natural penis exercises occur at regular intervals or frequencies in a 24-hour time-period. Nocturnal erections occur in a prescriptive way, dictated by a biological or circadian rhythm.

Erections during sleep are the form of exercise that carries nutrient-rich oxygen blood flow to flaccid penile tissues.  So, penis exercises are very real, naturally occurring and maintain penile health. They are often described as nocturnal tumescence, nocturnal erections, or referred to in popular culture as morning glory.

However, there are situations in life that disrupt this normal method. Certain disease such as diabetes, prostate cancer, or hypertension medications for heart disease, can interfere with and eliminate the process of naturally occurring nocturnal erections as a side effect of an underlying medical condition.

What happens to the penis without natural male enhancement in the form of exercise provided through nocturnal erections?  Furthermore, oxygen is critical not only to the health of tissues but also to the presence of tissues.

What is the effect of hypoxia on the penis? 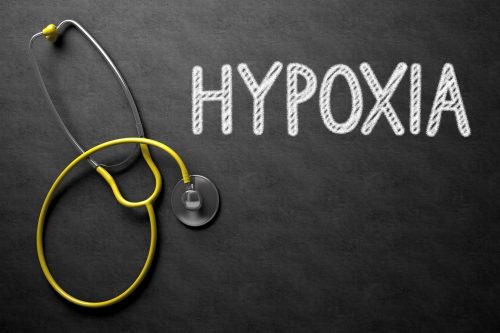 The absence of natural penis exercise and lack of recurring nocturnal erections every 24 hours during sleep is thought to be a fundamental cause of erectile dysfunction.  According to a clinical study titled “ Penile Oxygen Saturation in the Flaccid and erect Penis in Men With and Without Erectile Dysfunction” conducted at the New York University School of Medicine, “Oxygenation of the cavernous tissue (penis) is important in the regulation of local mechanisms of erection.

The lack of free oxygen, transported to the penis by hemoglobin is theoretically detrimental to the synthesis of Nitric Oxide. Corporal hypoxia predisposes the penis to cavernous fibrosis.”

What this means in layman’s term is that the lack of oxygen in penile tissues is thought to lead to the death of cells in the penis.  This cell death brings about atrophy of penile tissues leading to penile fibrosis or hardening of vessels and shrinkage of the penis.

If a disease or physical condition has eliminated naturally occurring nocturnal erections, how does the penis get the exercise it needs to overcome hypoxia and oxygenate flaccid penile tissues that require daily exercise? 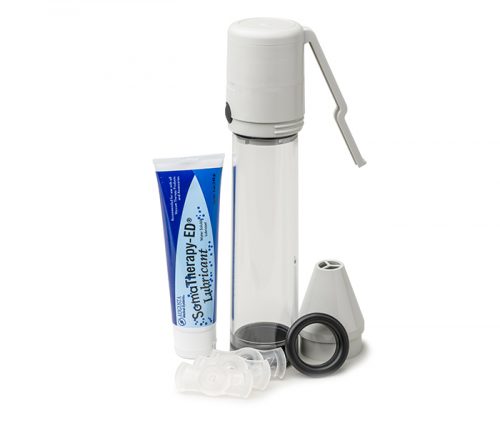 The simple answer to the lack of oxygenation of tissues that are absent when nocturnal erections go away is more erections. Use it or lose it, sounds like a cliché but it truly applies to penile health.  The best way to have great erections is to have multiple erections, this constantly oxygenates penile tissues to keep the penis healthy.

Multiple clinical studies conducted on prostate cancer survivors substantiate this claim, below are just a couple of the statements made, and the publications that released the peer-reviewed clinical studies:

A pilot study to determine penile oxygen saturation before and after vacuum therapy in patients with erectile dysfunction after radical prostatectomy.” Published in the Journal of Sexual Medicine concludes:

“This is the first study demonstrating that a single, brief application of the VED without a constriction ring results in significant improvement in penile oxygen saturation. The use of a VED has significant benefits for patients both with regard to cost and invasiveness when compared with other penile rehabilitation protocols.”

Another noteworthy statement from the same study is as follows:

VED (the penis pump) can warrant multiple erections on a daily basis early in the post-prostatectomy period, overcome RP-induced hypoxia, and prevent fibrosis that can lead to decrease in penile length and ED.

It is worthy of mentioning that all of the above studies are focused on penile rehabilitation following prostate cancer treatment. A popular hypothesis suggests that while these studies focus on erectile dysfunction due to prostate cancer surgery, much of the underlying clinical data is applicable in any case of erectile dysfunction in which nocturnal erections are no longer present and hypoxia has the potential to cause programmed cell death, penile atrophy, and penile shrinkage.

How to Use a Penis Pump for Penis Exercise

The primary purpose of penis exercise is to mimic the healthful benefits of nocturnal erections if you are not achieving them naturally. It is important to establish a commitment and dedicate some planned time for an exercise regimen.  Nocturnal erections occur every 24-hours, so it is a good idea to plan for exercise sessions that create multiple erections. 3-5 therapeutic sessions per week is good at a minimum if daily sessions are not possible. Your typical training session should last around 15-20 minutes per session. 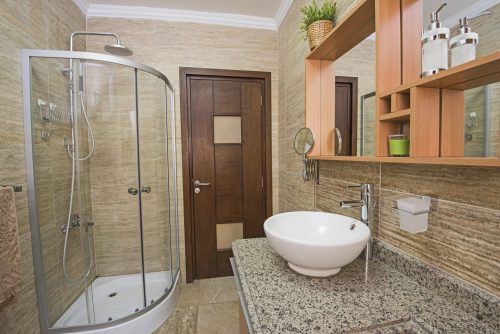 Nocturnal erections follow an established pattern around sleep cycles.  Committing to penis exercises that can be incorporated into your established daily schedules will increase the probability of successfully establishing a healthy penis exercise routine.  Because the application of the device involves using lubricant we recommend that you plan for a 15-20 minutes exercise session prior to getting in the bath or shower. The following steps to success are very simple:

Apply lubricant around the open end of the cylinder, head of the penis, and 2 inches inside the cylinder.

While standing, Place the penis in the cylinder and establish a good seal between the body and the cylinder. (In some cases it might be necessary to trim down the pubic hairs a bit to make skin contact in order to create a strong seal.)

Use the one finger activated ultra-ease mechanism to squeeze the lever 3 times and slowly count to 10 (for the battery-operated vacuum head press down on the button for 5 seconds, release the button, and slowly count to 10) repeat this process until the head of the penis lifts-up from the bottom of the cylinder and you have achieved full penile engorgement.

Hold the fully engorged erection without movement inside the cylinder for 3-5 minutes.

Press the round black release button and hold it until the vacuum leaves the cylinder and the penis returns to a flaccid or non-erect state. Keep the cylinder firmly placed against the body making sure you have maintained the seal between body and cylinder.  Repeat steps 3 through 5.

In one session create, maintain, and release 3-5 erections before removing the penis from the cylinder.

Clean cylinder with light soap and warm water, wipe negative pressure device with a damp cloth and store the device.

Best Practices for using the penis pump for penis exercise

Pain when using the penis pump for exercises at the beginning

Correct expectations and appropriate responses to discomfort are very important.  If you have not achieved erections, nocturnal or otherwise in some time it is not uncommon for the blood vessels and penile tissues to have hardened. Pain and discomfort at first use is not unusual.  Blood vessels will shrink and become hard without use and discomfort from breaking up atrophy in the tissues is not to be ignored.  As soon as you feel or experience any pain, immediately release the vacuum and put the device away for the day.

Try again the next day, remember to not be discouraged. Once again slowly create an erection using negative pressure until the point of discomfort or pain.  Just like before, as soon as you feel or experience any pain, immediately release the vacuum and put the device away until the next day.

It is not uncommon for men who have been unable to create erections for years to spend a couple of weeks reconditioning vessels and tissues to handle blood flow.  When you are able to create your fullest erection without pain or discomfort you know that you are at a great baseline and can begin creating erections on a regular basis for penile health.

You are also ready to use the penis pump to create erections for sexual intercourse as soon as you can achieve your maximum fullest natural erection during penis exercises.  At this point incorporate the tension system to maintain the erection for intercourse.