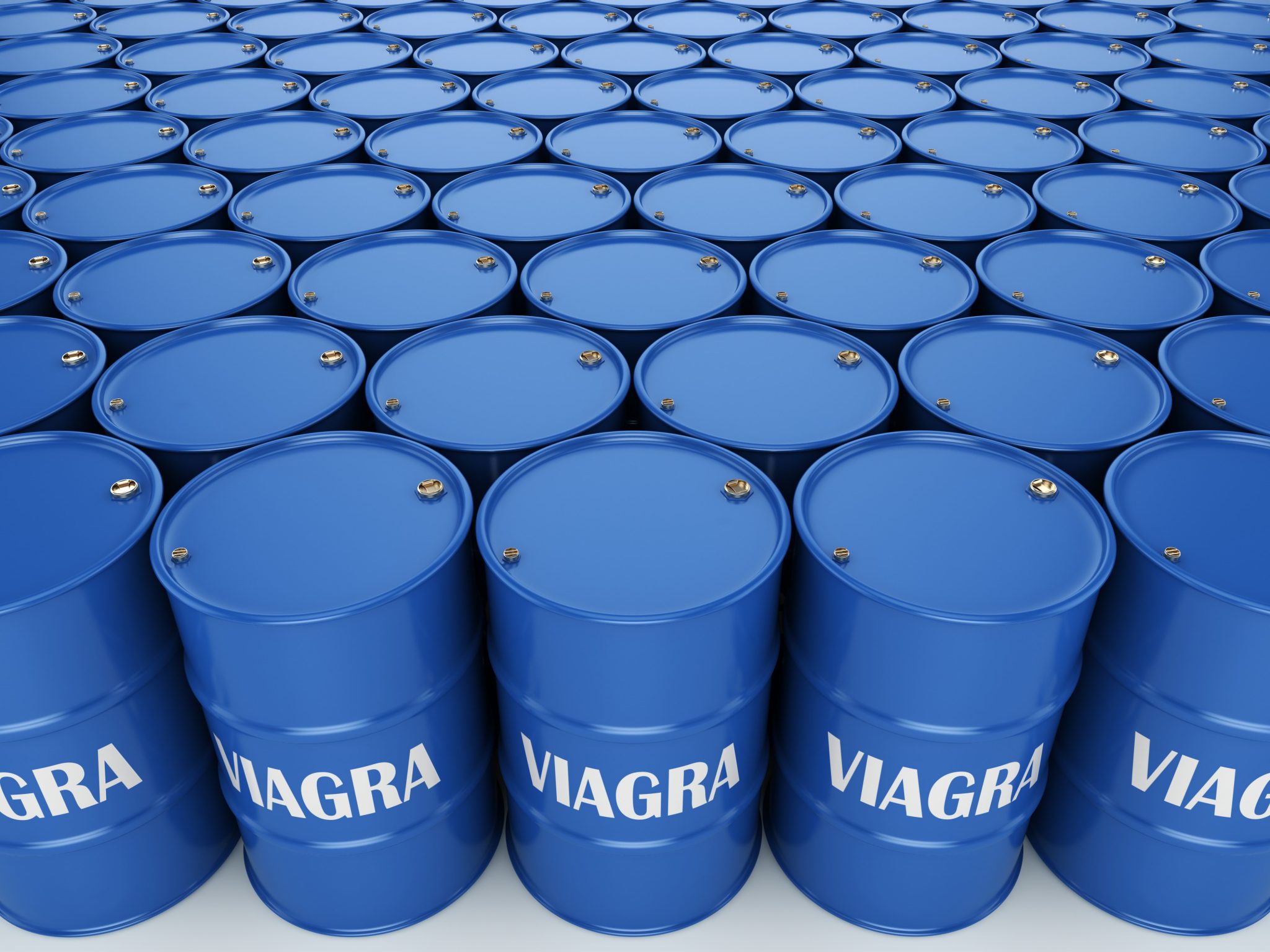 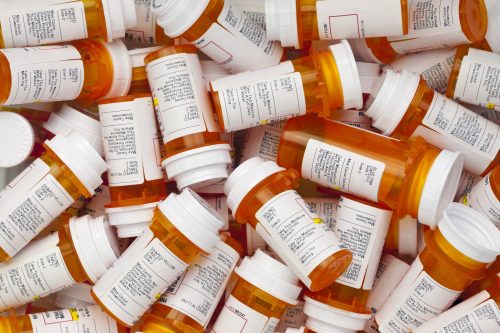 Prescription medications are practically an essential part of modern life.  According to available statistics people in the United States spent 360.1 Billion dollars on prescription drugs in 2017.  Our familiarity with pill taking is so ingrained in our collective and individual behavior, that taking medications is not second nature, it is our first nature.

We intuitively turn to medications to provide, if not the best, the primary or easiest solution to most medical issues. According to the Center for Disease Control and Prevention (CDC) 76.2 % of office visits to physicians in 2016 involved drug therapy. We are a society of pill takers.

Furthermore, the relationship between pill taking and sex is especially significant for baby-boomers.

When baby-boomers championed social change, individual freedoms and launched the sexual revolution in the 1960’s, campaigns by people like Estelle Griswold went all the way to the U.S. Supreme Court, where on June 7, 1965, it was ruled that under the First Amendment, it was not the business of the government to dictate the usage of contraception by married couples.

Personal and sexual freedoms were built largely around a medication that empowered women to separate having sex from childbirth, the pill. Birth control medications have given women control of their bodies and destinies. 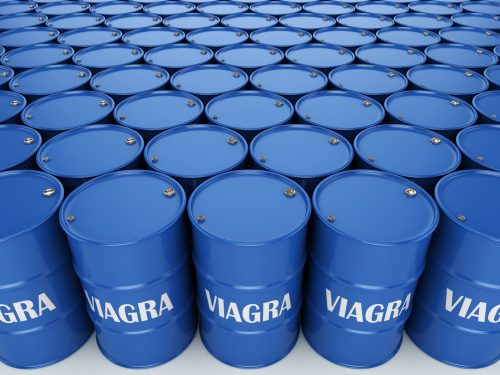 As baby boomers began to age and were told in masses to “remember the good years” and accept erectile dysfunction or impotence as a normal part of aging, the promise of renewed youth and a second sexual revolution began. Pfizer sold one billion dollars-worth of Viagra its first year on the market.

Once again, the generation that made individual and sexual freedom its mantra had another tool to navigate their sexual future and take control of their quality of life.

Is it any wonder that prescribing physicians and men seeking to reclaim the loss of their sexual life look to prescription sex pills as the first step treatment for erectile dysfunction? Are ED medications truly the best way to treat erectile dysfunction? So how does a penis pump work better than ED medications? Does familiarity with pills equal the effectiveness of a device?

What parameters can be used to compare prescription sex pills to a penis pump? What aspects of medical interventions are important to the couples who use them and live with the results of their choice in erectile dysfunction treatment.

ED solutions can be considered by how they fit into the following categories:

For the purpose of our comparison, spontaneous sex means the amount of premeditation and planning necessary to engage in sexual intercourse compared to the instantaneous following of a natural tendency.

Viagra becomes effective about 30 minutes after taking it, you then can achieve an erection during a 2 to 3 hour window before it wears off. Levitra becomes effective in also 30 minutes and will leave your system in around 5 hours. Cialis likewise will take effect in 30 minutes but can remain in the system for up to 36 hours. According to Mist Pharmaceuticals, LLC who supplies  Stendra it can start doing its thing in as little as 15 minutes, and its effects last up to 6 hours.

Assuming you have learned to use a penis pump and the desire for sex is in close proximity to your device, you can achieve a full erection 2-3 minutes after spending 3-5 minutes retrieving it from storage.  It could require as little as 5-10 minutes to become intimate following an unplanned natural tendency or impulse for sexual intimacy.

It might be said that couples who are married or cohabitate tend to engage in sexual activity in their home. In these cases, a penis pump could be more spontaneous than oral ED medications. This definition of spontaneity is solely based on an urge for unplanned sexual intimacy and the time necessary to consummate the desire.

For singles who are planning to spend windows of time together as couples, the opposite could be said to be true, so long as they have planned to have sexual intimacy well in advance.

You will have to answer the question of how planning is related to spontaneity based on your own definition and lifestyle.

Oral ED medications are made up of various pharmaceuticals and other ingredients.  When an oral medication is ingested, the total body is affected by the ingested drug.  This is because what is ingested orally enters into the circulatory system.  This is called systemic administration.

Penis pumps are non-invasive or external. No pills, no needles, no surgery means that no foreign substances enter the bloodstream or circulate through the body when using a penis pump.  In terms of penis blood flow, external vacuum pressure is used to facilitate penile engorgement.  No medical intervention compares to this natural method of how to increase blood flow to the penis.

Certain men do not achieve erections from prescription sex pills.  Often an underlying medical condition might preclude a man from effectively using Viagra, Cialis, or Levitra.  According to Michael Castleman M.A.  who has reviewed 14 studies involving 18,337 men, success rates of prescription sex pills are around 50%.

Few men over 50 have tried erection drugs and only half refill prescriptions.  So, while manufacturers claim 70% of men see improvements in prescription sex pills, refill rates don’t support the claim.

ED medications do not always behave in the same manner each time you take them. They make take longer to be effective if you have eaten a large meal. Another factor that impacts predictability is the natural build-up of tolerance to medications over time.  Viagra tolerance, occurs when the body builds up a tolerance to the drug.  Often in these cases, higher dosages of the ED medication must be administered to achieve the same results.

A clinical study published in the Journal of Urology suggests that higher dosages taken as drug tolerance builds may increase the probability of priapism, or a prolonged erection that is persistent and painful.

Once you spend a little time training yourself to properly use a penis pump, the results are easy to replicate with a high level of consistency. The results do not change based on your food intake.  There is no drug tolerance, so the effects will not change, lessen or quit working overtime.

The results with a penis pump are extremely predictable!

The primary reason that the penis pump is considered the preferred method of penile rehabilitation and used in restoring natural erectile function, is control.  For men who have undergone prostate cancer or are recovering from a radical prostatectomy, it is the amount of control a penis pump has over erectile function.

The ability to create and release erections on demand makes the penis pump the medical intervention that gives men more control over erectile function than any ED medication.

Once a man has made a decision to ingest an oral ED medication he hopes he is able to control whether or not his partner remains interested in sexual intercourse.  He can control whether or not to answer the door if there is a knock or pick up a ringing phone.  But otherwise, he has lost control of most aspects of when, if, or how the drug will work.

The cost of Soma Therapy-ED when purchased directly from the manufacturer starts at $ 199.00.  You might spend an additional $ 75-100 for tension systems and lubricant over the course of a year with regular and consistent use.

Prescription oral medications vary in a range of costs. Insurance no longer covers the cost of prescription oral ED medications and according to CBS News, the average cost is $ 50.00 per pill.  A 40-year study that surveyed more than 30,000 Americans, found in 2015 that couples who have sex once a week are the happiest.

Based on having sex once a week the cost of a penis pump is covered in one month of pill taking. A couple using an oral ED medication can spend $ 2,600.00 a year. This is considerably more expensive than a couple of hundred dollars, especially if you are on a fixed income.

A penis pump is much more affordable than any other effective ED treatment!