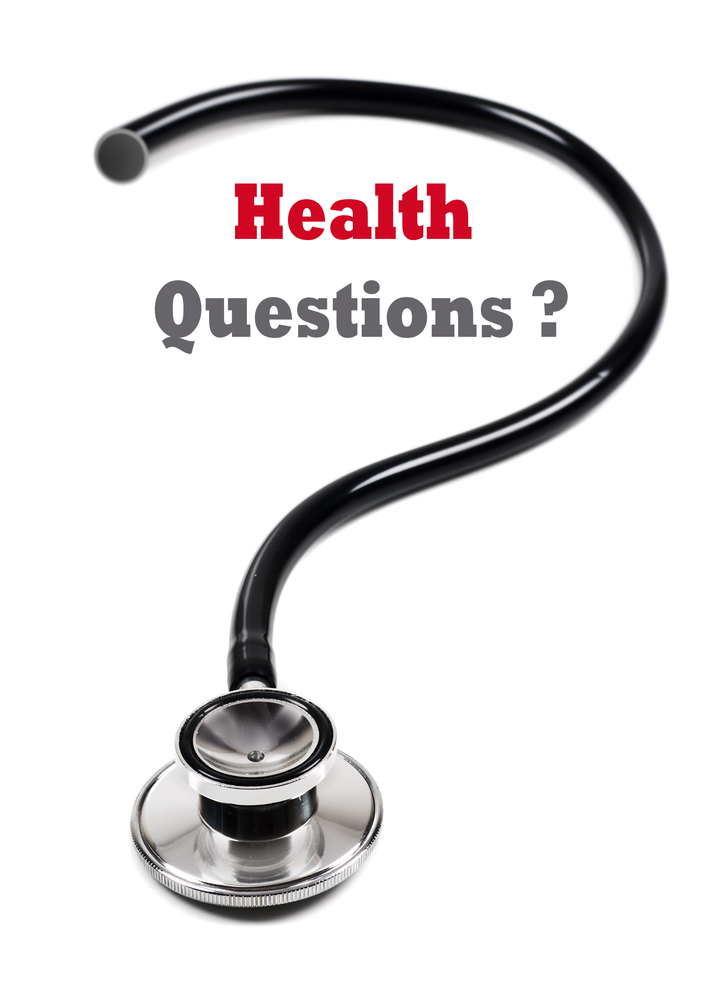 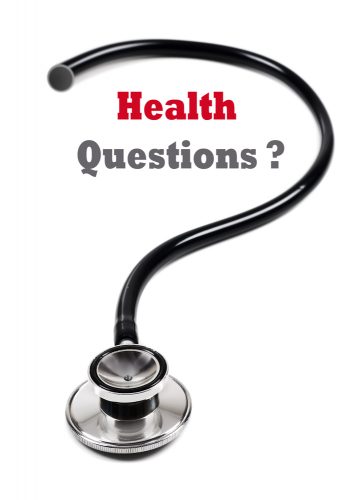 Erectile dysfunction (the inability to achieve and sustain firm erections) can make sexual intercourse difficult, if not impossible, but it impacts more than just a man’s physical performance in the bedroom. The psychological toll that ED takes can result in permanent damage to a relationship.

It doesn’t help that this is a sensitive topic and many men are embarrassed to discuss it with their partners or seek help.

Fortunately, ED is a treatable condition. Lifestyle changes, medications, injections, vacuum erection devices, and surgery are all viable treatment options. But, the first step in coping with it is identifying the causes of erectile dysfunction.

There are some well-known physical causes, including heart disease, diabetes, high cholesterol, high blood pressure, and obesity. Alcoholism, substance abuse, and tobacco use can also lead to ED. There are certain drugs that cause erectile dysfunction. Surgeries in the pelvic area and treatment for prostate cancer may also cause problems with erections.

However, there is another lesser known cause of ED. There is increasing scientific evidence linking psoriasis and psoriatic-arthritis to erectile dysfunction. What is psoriasis and how is it connected to sexual function in men? 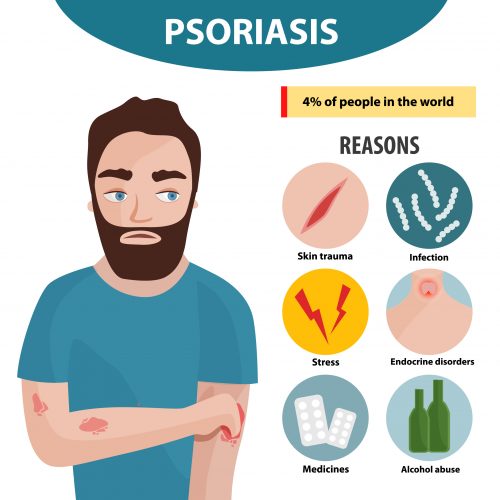 Psoriasis is a chronic dermatological condition in which the life cycle of skin cells speeds up and they begin to multiply at an abnormally fast rate, up to 10 times faster than normal. This results in a build-up of cells on the skin surface and the formation of red, scaly bumps that are sometimes itchy, burning, or stinging.

Psoriatic patches can appear anywhere on the skin but are most common on the elbows, knees, and scalp. The patches may be restricted to a small area of skin, or in severe cases, involve more extensive parts of the body. Psoriatic patches heal and reappear throughout a person’s life.

Psoriasis is not an infection and it is not contagious, i.e., it cannot be passed on from person to person. Psoriatic lesions usually first appear during young adulthood (age 15-35), but the condition may occasionally be diagnosed in children.

Usually, the skin lesions appear first and joint involvement occurs later, but some people may experience joint problems before they exhibit any skin plaques. Psoriatic arthritis can affect any joint in the body, including small joints such as the fingers and larger joints such as the spine. Symptoms include pain, stiffness, and swelling in the affected joint. The disease flares up and remits periodically. Without treatment, psoriatic arthritis can be disabling.

In addition to the physical manifestations of the disease, psoriasis has a significant psychological component. Not only are the psoriatic lesions unsightly to look at, but a lack of awareness about the disease leads people to perceive the patches as contagious. This makes psoriasis highly stigmatizing. The disease can affect a person’s confidence, self-esteem, and relationships, leading to a negative impact on physical, mental, and sexual health, as well as quality of life.

To make things worse, people with psoriasis are at an increased risk of developing other serious chronic health conditions such as cardiovascular disease, type 2 diabetes, Crohn’s disease, and depression. Psoriasis has also been linked to poor sexual function in women and erectile dysfunction in men.

Scientists are not quite sure what causes psoriasis, but they believe that the disease is the result of a complex interplay between the immune system, genetics, and the environment.  Psoriasis affects 2-3 percent of the general population. Men and women are equally at risk and the condition occurs in all racial groups. It is an immune-mediated chronic inflammatory condition that runs in families, but can sometimes skip a generation. If both parents have the disease, there is a 50 percent chance their child will also have it. About one-third of people with psoriasis report having at least one relative who also has the condition.

In addition to a genetic predisposition, psoriasis outbreaks may be caused by certain environmental triggers, including:

The life cycle of skin cells in healthy individuals is about 30 days. In people with psoriasis, it is only 3-4 days. The body is unable to shed the excess skin cells and they build up into the characteristic red, scaly psoriatic plaques.

If I have psoriasis am I at risk for erectile dysfunction? 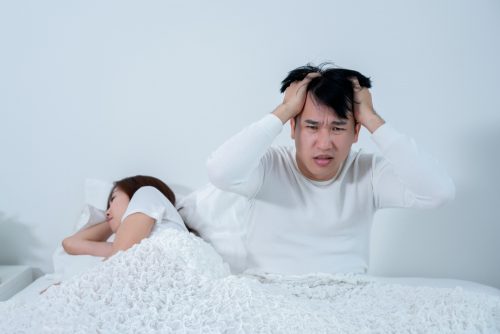 There is mounting scientific evidence linking psoriasis with an increased risk of sexual dysfunction in both men and women. Psoriasis is a highly visible disease and the skin manifestations can cause intense emotional distress. One study in Britain found that the presence of psoriatic plaques significantly affects desire, arousal, and orgasm in women.

In addition, the presence of psoriatic lesions in intimate areas (such as the genitalia, thighs, abdomen, and back) was found to be associated with even more significant sexual dysfunction.

In men, studies show an independent association between psoriasis and erectile dysfunction. The prevalence of ED is substantially higher in men with psoriasis compared to men who do not have the skin condition.

Therefore, men with psoriasis were found to have the highest prevalence of ED compared to the general population and compared to men with other skin conditions. Scientists postulate that the chronic inflammation seen in psoriasis is associated with the presence of inflammatory molecules in the bloodstream which causes damage to blood vessels. Damage to arteries in the penis is one of the known causes of erectile dysfunction.

How does psoriasis cause erectile dysfunction?

The vast majority of men feel unattractive and embarrassed in front of sexual partners during a psoriasis exacerbation. Nearly 50 percent of men with psoriasis have experienced rejection at some point in their life because of skin disease. The disease leads to a negative perception of body image, low self-esteem, loss of confidence, and perceived or actual stigmatization, all of which can lead to depression. Depression is believed to be a critical psychological link between psoriasis and erectile dysfunction. Further complicating the picture is the fact that classic treatments for psoriasis are moderately effective at best.

Men who suffer from psoriasis can easily become frustrated with trying one treatment after another and seeing no improvement, which can lead to depression. Another plausible link between the two conditions is atherosclerosis (plaque build-up in the arteries). Men with psoriasis and psoriatic-arthritis are at increased risk of cardiovascular disease, and studies show that the risk is higher in those with severe psoriasis. Atherosclerosis in the blood vessels of the pelvis can affect blood flow to the penis, which is critical for strong, sustained erections.

In addition, diabetes mellitus, metabolic syndrome, and smoking, which are comorbidities of psoriasis (frequently occur together) are known causes of erectile dysfunction. People with severe psoriasis or psoriatic-arthritis are at increased risk of periodontitis (inflammation of the gums), which is a known risk factor for cardiovascular disease. As mentioned, cardiovascular disease (atherosclerosis) is strongly related to erectile dysfunction.

Another link between psoriasis and erectile dysfunction may be hormonal in nature. Men with psoriasis have significantly lower levels of testosterone compared to healthy men. Testosterone, the male sex hormone, is a key component of the male sexual response, including libido and erections.

Finally, medications used to treat psoriasis may cause erectile dysfunction. Topical and systemic psoriasis treatments such as etretinate, acitretin, and methotrexate may trigger problems with erections. Case studies have shown that symptoms of ED developed soon after starting treatment with psoriasis medications and abated when the treatment was discontinued.

How can you reduce the risk of erectile dysfunction when you have psoriasis?

Scientists are still trying to completely understand the connection between ED and psoriasis, but it seems likely that chronic inflammation plays a key role in the development of both conditions. The best way to reduce the risk of erectile dysfunction in men with psoriasis is to minimize inflammation as much as possible. If you have psoriasis, here are some things you can do to reduce the risk of sexual dysfunction:

If you have been diagnosed with psoriasis and are having trouble with erections, talk to your doctor. It is important for psoriasis patients to discuss sexual dysfunction with their healthcare providers. ED is often not addressed at dermatology consultations. Your dermatologist should be aware of the connection between psoriasis and erectile dysfunction and the multidisciplinary approach required to treat both conditions.